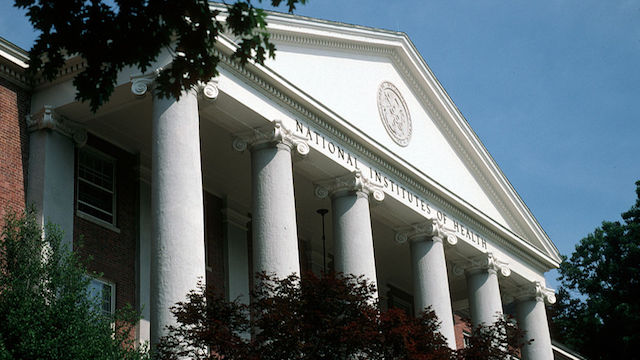 WIKIMEDIA COMMONS, NATIONAL CANCER INSTITUTEAfter announcing a plan this May to award 400 additional grants each year to early- and mid-career scientists who fall within a specific definition, the National Institutes of Health (NIH) decided to revise its funding strategy at an advisory board meeting last Friday (December 15). The agency now aims to focus funds on researchers who are struggling to keep their labs afloat, regardless of age.

For the NIH, this is the third shift in funding policy this year. In May, the agency announced a plan to cap the number of grants a principal investigator could receive in order to create more opportunities for scientists in their early careers and those struggling to keep their labs running. The cap was planned to be set at 21 points...

After receiving criticism from senior scientists who expressed concern that the policy would hamper especially productive labs, the NIH abandoned the Grant Support Index in June. In August, it announced the Next Generation Research Initiative (NGRI), which would allocate $1.1 billion over a decade to researchers of two categories, “early-stage investigators,” scientists who are less than 10 years out from their terminal research degree or post-graduate clinical training, and “early established investigators,” those who received NIH funding for 10 years or less and are seeking a second grant or are at risk of losing all funding.

According to Science, Tabak said at Friday’s meeting that these definitions were criticized by an NIH working group for being too arbitrary and could omit investigators who missed the cutoff due to events such as maternity leave. He also said that the NIH still intends to award 400 grants to young and struggling investigators, but officials aim to be more flexible with the 10-year cutoff and to prioritize investigators at risk of losing all funding.

NIH plans to further define the policy after the release of a report by the NGRI working group in June next year, according to Science.