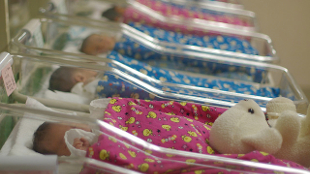 FLICKR, TAMAKI SONO In 2000, the US Congress commissioned the National Institutes of Health (NIH) to launch the National Children’s Study (NCS), which aimed to follow 100,000 children from birth to age 21. Now, almost 15 years and more than $1 billion later, the project will be dissolved, NIH Director Francis Collins decided last week (December 12) upon the recommendation of an NIH working group, Nature reported. The NIH will continue to study human development and the influences of the environment on health and disease, Collins noted, but to his mind, this particular project was not meant to be. “All kinds of noble efforts were made to try to put this study into a credible space,” Collins told Nature.

The NCS has so far enrolled about 5,700 children in 40 pilot centers across the country. Budget and management issues have caused the project to be scaled back, however. Last June, Collins put the study on hold, following a US Institute of Medicine report that criticized the NCS’s structure and budget. Now, the NIH will shut down the 40 pilot centers and stop collecting data on enrolled participants. Samples that have already been collected may be stored for future study. Because the NCS did not have standardized methodologies for recruiting families and collecting data, however, information extracted from such samples may be difficult to analyze, environmental health expert Marie Lynn Miranda of the University of Michigan told Nature.