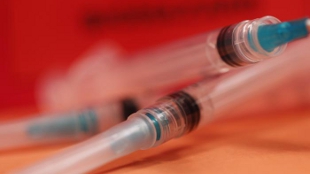 CDC, DEBORA CARTAGENAA Phase 1 trial of an Ebola vaccine developed by the National Institute of Allergy and Infectious Diseases (NIAID) and GlaxoSmithKline (GSK) will commence this week at the National Institutes of Health (NIH) Clinical Center in Bethesda, Maryland, the agency announced last week (August 28). The trial is the first in a series of accelerated human studies of Ebola vaccines that the NIH is launching in response to the ongoing outbreak of Ebola in West Africa, which has claimed an estimated 1,400 lives in Guinea, Liberia, Nigeria, and Sierra Leone since March 2014, according to the World Health Organization (WHO).

“There is an urgent need for a protective Ebola vaccine, and it is important to establish that a vaccine is safe and spurs the immune system to react in a way necessary to protect against infection,” NIAID Director Anthony Fauci said in the press release. “The NIH...

The NIAID/GSK vaccine will be tested first in healthy volunteers, with the trial aimed at assessing the preventative’s safety and the participants’ resulting immune responses. The NIH is also partnering with a UK-based international consortium to test the experimental vaccine among healthy individuals there, as well as in the West African countries of Gambia and Mali, ScienceInsider reported. Meanwhile, the US Centers for Disease Control and Prevention (CDC) is in discussions with Nigeria’s Ministry of Health about conducting yet another Phase 1 trial of the vaccine there.

Another Ebola vaccine, developed by the Public Health Agency of Canada and licensed to NewLink Genetics Corp, is also expected to enter Phase 1 trials soon, with still others likely to begin in the fall.

“Today we know the best way to prevent the spread of Ebola infection is through public health measures, including good infection control practices, isolation, contact tracing, quarantine, and provision of personal protective equipment,” Fauci said. “However, a vaccine will ultimately be an important tool in the prevention effort. The launch of Phase 1 Ebola vaccine studies is the first step in a long process.”