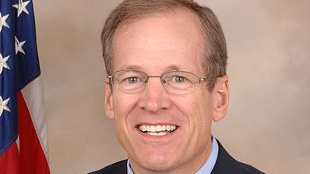 Jack KingstonWIKIMEDIA, US CONGRESSThe chair of the House of Representatives spending panel that oversees budget decisions for the National Institutes of Health (NIH) has expressed concerns that some NIH-funded research has a political agenda, breaking rules that prohibit the use of tax dollars for lobbying Congress or state legislatures, reported ScienceInsider.

On March 5, Representative Jack Kingston (R-GA) wrote a letter to NIH Director Francis Collins objecting to several grants. For example, one grant awarded to a tobacco control researcher Stanton Glantz of the University of California, San Francisco, included money that was used to trace the origins of the Tea Party movement to groups funded by the tobacco industry. Kingston also cited a small grant awarded to criminologist Catherine Gallagher of George Mason University to produce a review of research on the health issues facing young US prisoners. Referring to a sentence in the project...

Kingston asserted that the NIH must not fund research that addresses political questions or advocacy groups seeking to develop lobbying material, and asked the agency to review all of its grants to ensure they do not break those rules. “I expect any activity that violates these funding restrictions shall be halted,” he said in the letter.

In response, Catherine Gallagher told ScienceInsider that her abstract mentioned advocacy groups merely because only they have access to the prison population, and insisted that she was not lobbying on their behalf. “I think it’s crazy in this climate of scarce resources to waste people’s time on such a trivial matter when we have such a long and dependable peer review process,” she said.