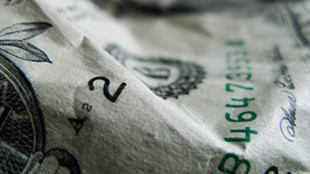 FLICKR, PEN WAGGENERThe numbers are in on the extent of the National Institutes of Health (NIH) budget cuts for 2013, ScienceInsider reported. As expected, due to the sequester the agency’s budget fell by $1.55 billion to a total of $29.15 billion for the year, a 5 percent cut.

The agency would have awarded 34,902 grants but is eliminating 1,357 of those, including 703 that would have been for new competing grants. The rest of the grants cut would have been extensions of previously funded research.

The NIH had already reduced some continuing awards by 10 percent, and the agency said that while some of those funds could possibly be restored, the grants would likely continue to be funded below their originally intended levels. Furthermore, the NIH has promised to increase ongoing grants each year with inflation in the past, but starting with grants awarded in 2012 it will...

NIH Director Francis Collins took to Twitter to express his frustration with the cuts, soliciting researchers to tell their tales of the sequester’s impact under the hashtag #NIHSequesterimpact. “I’ll be sharing some of your stories to try to turn this mess around,” he tweeted.

“Despite the reduced funding, the NIH remains committed to the mission of seeking fundamental knowledge about the nature and behavior of living systems and the application of that knowledge to enhance health, lengthen life, and reduce the burden of illness and disability,” the agency said in a statement.