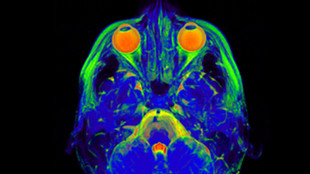 FLICKR, LIZ HENRYThomas Insel, the Director of the National Institute of Mental Health (NIMH), wrote a blog post last week (April 29) stating that the agency will be transitioning away from using the Diagnostic and Statistical Manual of Mental Disorders, otherwise known as the DSM, in allocating its research funding. Rather, the agency will be working on developing new categories for research based on neural circuits and biomarkers.

“While DSM has been described as a ‘Bible’ for the field, it is, at best, a dictionary, creating a set of labels and defining each,” Insel wrote. The DSM gives mental health professionals a language to talk about mental illness, but it is not based on “any objective laboratory measure,” he added. This month, a new edition of the manual, called the DSM-5, will be released amid ongoing controversy about some of the changes from its previous version.

However, biological biomarkers for mental disease are few, so Insel said that RDoC is more of a framework for future knowledge to fit into than a completed classification system.

In order to better fill in the gaps, he said that NIMH grant applicants will be asked to think of research projects that cut across diagnoses. For instance, a study looking for biomarkers of “depression” might focus on people with specific individual symptoms, such as anhedonia, regardless of their diagnosis, or a clinical trial might examine a wider range of patients with mood disorders rather than necessarily focusing on one.

“Efforts like [this] are vital to the continued progress of our collective understanding of mental disorders,” DSM-5 task force chair David Kupfner said in a statement last week (May 3). “But they cannot serve us in the here and now, and they cannot supplant DSM-5.”

Indeed, the NIMH is not “ditching” the DSM completely, Insel told Time. DSM diagnostic criteria will continue to be important in the clinic, just not as guides for research.