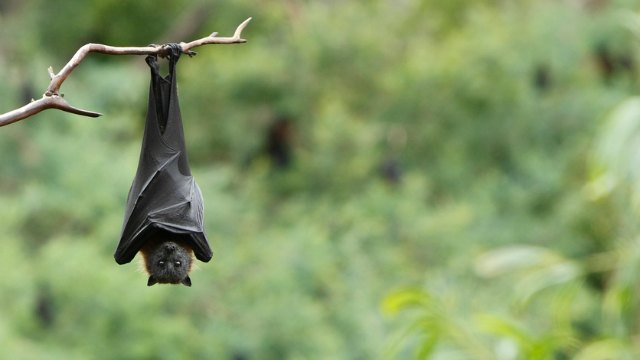 ISTOCK, CRAIGRJDSince last Friday (May 18), health officials in the southern Indian state of Kerala have confirmed 10 fatalities from Nipah virus, a disease harbored by fruit bats and spread by infected bats and pigs to humans.

“This is a new situation for us. We have no prior experience in dealing with the Nipah virus,” K.K. Shailaja, Kerala’s health minister, tells Reuters. “We are hopeful we can put a stop to the outbreak.”

See “Lurking in the Shadows”

Nipah infection can cause flu-like symptoms and inflammation in the brain. According to CNN, 40 people are being tested for the virus, many of them healthcare workers who cared for infected patients.

The virus was first identified in 1999, when an outbreak in Malaysia and Singapore killed 100 people. To control the spread of the disease, health officials there ordered more than a million pigs be killed,...

Reuters reports that the Indian government suspects people caught Nipah virus from bats living in a well where they drew water. “It will not spread like wildfire because it is not airborne, but it can be risky if they don’t follow proper infection control procedures,” D. Himanshu of King George’s Medical University in Lucknow tells Reuters.