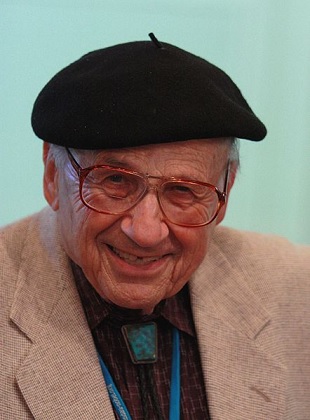 Theoretical physicist and Nobel laureate Walter Kohn, best known for his pioneering work in quantum chemistry, died earlier this month (April 19) at his home in California. He was 93.

Born in 1923 to Jewish parents in Vienna, Kohn spent part of his childhood with a surrogate family in the U.K. after Austria’s annexation by Nazi Germany in 1938. Following several moves between internment camps, Kohn emigrated to Canada in 1940, where he completed a bachelor’s and a master’s degree in applied mathematics at the University of Toronto in 1945 and 1946, respectively.

After earning a PhD in physics at Harvard in 1948, Kohn turned his attention to solid state physics with a focus on semiconductors. From 1950 to 1960, as a researcher at Carnegie Mellon University in Pittsburgh, Pennsylvania, he began the research that would...

Kohn spent the ’ 60s and ’ 70s at the University of California, San Diego (UCSD), where he held a term as chair of the physics department from 1961 to 1963 and received the Oliver E. Buckley condensed matter prize—an annual award presented by the American Physical Society—for his work on semiconductors.

He spent the rest of his career at the University of California, Santa Barbara (UCSB), becoming the founding director of its Institute for Theoretical Physics. In 1998, he shared the Nobel Prize for Chemistry with John Pople, in recognition of his development of density functional theory—an award he described winning to The Scientist that year: “You may think they made a mistake, but interdisciplinary acts can be fruitful.”

In a statement issued last week (April 20), USCB’s chancellor Henry Yang noted that Kohn’s theory has been referenced in about half of all publications in quantum chemistry that have followed. “Professor Kohn was a mentor and role model for colleagues and students alike,” Yang said. “The tremendous impact of his life and work are beyond anything I can describe. As he put it, ‘Physics isn’t what I do, it’s what I am.’”