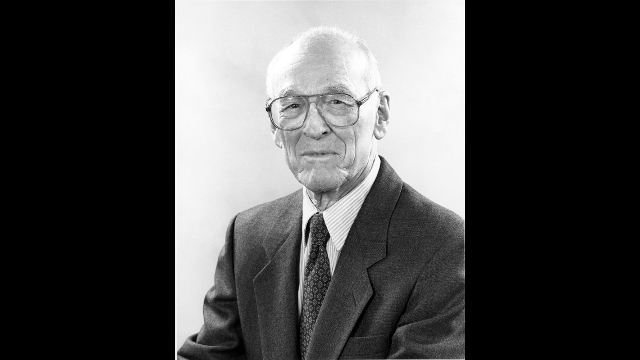 UCLAPaul Boyer, a biochemist known for deducing how the vital cellular fuel ATP gets made, died of respiratory failure on June 2. He was 99 years old.

“Paul Boyer inspired both trust and ambition in his fellow faculty members, and had perhaps the most positive character of anyone most of us have ever known,” his friend and colleague David Eisenberg of the University of California, Los Angeles, says in a statement. “He combined true modesty with unstoppable persistence and unmatched personal interactions.”

Boyer grew up in Provo, Utah. His mother died of Addison’s disease when he was 15. He would later write in an autobiography for the Nobel, “Discoveries about the adrenal hormones, that could have saved her life, came too late. Her death contributed to my later interest in studying biochemistry. . .” He attended Brigham Young University, then did his graduate work in biochemistry at...

Boyer left the University of Minnesota for UCLA in 1963, when he served as the founding director of its Molecular Biology Institute. In the 1970s, he put forward a model in which the subunits of the enzyme ATP synthase work together like a rotor and shaft, powered by a hydrogen ion gradient, to produce ATP, a molecule that fuels myriad cellular processes. John Walker of Cambridge University confirmed the structure using X-ray crystallography in the early 1990s, and in 1997, Boyer and Walker were awarded the Nobel Prize in Chemistry along with Jens Skou, who died in late May.

According to the Washington Post, Boyer is survived by his wife Lyda, two daughters, eight grandchildren, and six great-grandchildren. His son died in 2001.