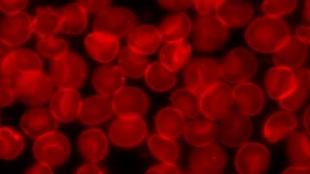 Researchers have discovered yet another role for long-noncoding RNAs (lncRNAs): preventing cell suicide in red blood cells. The findings, published today (December 7) in Genes and Development, suggest that lncRNAs could play a role in fueling certain types of leukemia, which often have lower levels of programmed cell death, or apoptosis.

Only 10 percent of RNA is used as a template for creating proteins; the role of the other 90 percent is a mystery scientists have only begun to crack. Some RNA molecules are known to inhibit translation, for example, and a tiny fraction of non-coding RNAs of 200 base pairs or more have previously been shown to upregulate genes.

In the current study, researchers at the Whitehead Institute in Massachusetts found one particular lncRNA that was highly expressed in red blood cells from mouse livers. When they blocked expression of the molecule...

The findings could have implications for cancer, as turning off cell suicide is one of the hallmarks of cancer progression. “We would not be surprised to find this lncRNA or others like it upregulated in cancer,” co-author and Whitehead biologist Harvey Lodish said in a press release.