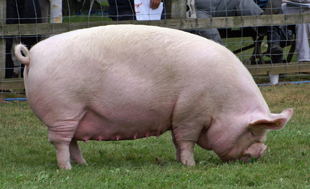 WIKIMEDIA, DAVID MERRETTThe strain of influenza responsible for millions of deaths starting in 1918 is commonly referred to as swine flu. But now researchers from the University of Arizona, University of Edinburgh, and National Institutes of Health have shown that it most likely originated in birds. Their work was published in Nature this week (February 16).

“The methods we’ve been using for years and years, and which are crucial to figuring out the origins of gene sequences and the timing of those events, are all flawed,” coauthor Michael Worobey from the University of Arizona told Nature News.

Worobey and his colleagues constructed a tree diagram using 80,000 influenza viral genome sequences from bats, cows, pigs, birds, and humans and estimated the time of divergence independently for each host species. Their phylogenetic analyses revealed that most of the genetic elements found in the 1918 strain probably came from...

“It’s a fascinating study, and quite a surprise,” evolutionary biologist Oliver Pybus of the University of Oxford, who did not participate in the research, told Nature News. “It shows the evidence for a pig origin is a lot weaker, but it’s almost impossible to completely shut the door on that.”