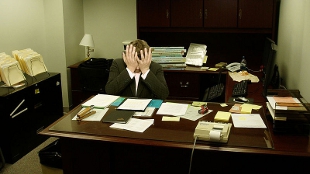 WIKIMEDIA, LAURMGFederally funded researchers know all too well that securing and maintaining grants requires a fair amount of administrative rigmarole. Now, officials at the National Science Foundation (NSF) are calling for some of the regulatory madness to stop. The NSF’s policymaking body, the National Science Board (NSB), released a report yesterday (May 1) stating that excessive regulations are wasting scientists’ time and taxpayers’ dollars.

“Regulation and oversight of research are needed to ensure accountability, transparency and safety,” said Stanford University’s Arthur Bienenstock, chair of the NSB task force that examined the issue, in a statement. “But excessive and ineffective requirements take scientists away from the bench unnecessarily and divert taxpayer dollars from research to superfluous grant administration. This is a real problem, particularly in the current budget climate.”

Thousands of federally funded scientists contributed to the NSB’s report, telling the board that administrative duties such as financial management,...

In its report, the NSB recommended several measures that could lighten the administrative load for researchers. These included limiting proposal requirements to those essential to evaluate merit, keeping reporting focused on outcomes, and automating payroll certification for effort reporting. The board also suggested creating a committee that would oversee consistency in compliance regulations among and within funding agencies. “Streamlining research regulations and making requirements more consistent across federal agencies is in the best interest of scientists and taxpayers,” said Bienenstock.