The National Science Foundation (NSF) is introducing 10-year initiative to provide increased flexibility to scientists wanting to start families, the White House announced today. Among the changes, the agency's new policies will allow researchers to suspend their grants for up to a year to take leave for family reasons, including having or adopting a child. In addition, researchers will be able to apply for grant funds dedicated to paying technicians to maintain lab work during such leaves. The policy would also encourage increased use of "virtual" grant reviews that would allow researchers to do such work from home, and avoid traveling to the NSF headquarters in Arlington, Virginia.

The NSF hopes that the new policies will support the reentry of scientists, and women in particular, to the workforce. "Too many women give up because of conflicts between their desire to start a family and their desire...

The announcement came hand-in-hand with the disclosure of this year's  Presidential Early Career Awards winners, about 40 percent of whom are women. 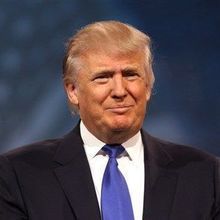