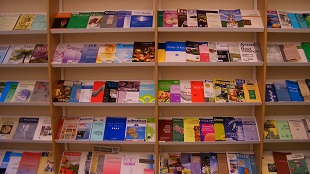 WIKIMEDIA, VMENKOVIn 2006, the Canadian Broadcasting Company (CBC) aired a three-part documentary about allegations of fraud against Ranjit Chandra, a former researcher at Memorial University of Newfoundland and the self-proclaimed “father of nutritional immunology.” Five years later, Chandra sued the CBC and its journalists for $132 million, claiming they had committed libel and invaded his privacy. Last week, the Ontario Superior Court of Justice ruled in favor of the CBC “on the grounds that the words in the broadcast were true,” CBC producer Lynn Burgess told Retraction Watch.

Concerns surrounding Chandra’s work first arose in 2000 when he submitted a paper to the BMJ on a vitamin supplement he had patented. Chandra claimed to have found evidence that the supplement improved memory in elderly individuals, but BMJ editors questioned a single author’s ability to perform the extensive psychometric tests described in the manuscript, and statistical reviewers...

“It’s ridiculous,” University of Pennsylvania psychologist Saul Sternberg told The Scientist at the time. The papers are a “permanent piece of the scientific establishment. It’s irresponsible on the part of the journal editors” to let those studies stand, he added. In November 2006, Sternberg published a paper in Nutrition Journal outlining his suspicions regarding Chandra’s data.

According to a news article published last week (July 30) in the BMJ, Chandra “sought to bolster his findings by publishing in Nutrition Research, a journal he founded and edited, a study that claimed similar effects to his own research article in Nutrition. The author of the study was named as Amrit Jain, but this author has never been traced beyond a rented mailbox in Canada.” These details apparently emerged as the CBC defended itself against the libel charges in court. “During my testimony I said that we thought Amrit Jain was actually Dr Chandra,” Burgess told Retraction Watch. “Our lawyers later showed the jury that Amrit Jain was an anagram for ‘I am Ranjit.’”

“Needless to say, we’re happy with the outcome,” Chuck Thompson, head of public affairs at the CBC, said in a statement provided to Retraction Watch. “We have always maintained that our journalism got the story right and the content was true. Clearly, the jury agreed with us.”