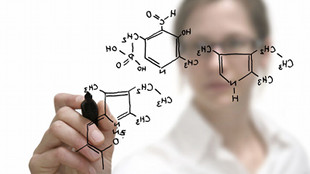 The White House has asked federal agencies funding more than $100 million of research per year to make resulting papers freely available within 12 months of publication, according to a memorandum released last week (February 22).

The decision comes after more than 65,000 people signed an online petition requesting that publicly funded research be made open access.

The decision will affect agencies including the National Science Foundation, the Department of Agriculture, and the Department of Energy, according to the New York Times. The National Institutes of Health already requires researchers it funds to archive their papers in the online repository PubMed Central within a year of publication in a journal, although the researchers have not always followed the rules. The other agencies will be required to submit a plan to the White House within 6 months from publication of the memorandum...

The Association of American Publishers responded positively to the White House memorandum, saying in a statement that it offered a “reasonable, balanced resolution of issues around public access to research funded by federal agencies.” The group also noted that the new White House policy of making the research available within a year should be “tailored” to different fields’ needs.

“Scientific research supported by the Federal Government catalyzes innovative breakthroughs that drive our economy,” John P. Holdren, director of the White House’s Office of Science and Technology Policy, wrote in the official memorandum. “The results of that research become the grist for new insights and are assets for progress in areas such as health, energy, the environment, agriculture, and national security.”

Disclosure: The author of this story signed the White House open access petition mentioned above in May 2012.