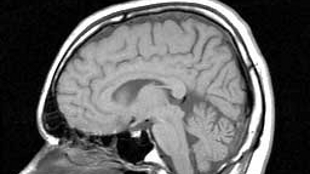 WIKIMEDIA, THEBRAINA large-scale effort to understand the human brain and build a comprehensive map of its activity is set to launch with the help of billions of dollars in federal funds. According to The New York Times, President Obama will outline the plan to fund the decade-long Brain Activity Map project in his federal budget proposal, which the White House is slated to release next month. Scientists involved in planning the project hope that it will have the same catalytic effect on brain research as the $3.8 billion Human Genome Project had on genetics, and that it will spur the development of new therapies for various brain diseases.

The White House Office for Science and Technology Policy did not comment on the speculation, but several scientists and institutions, including the National Institutes of Health (NIH), confirmed their involvement in planning the project. Indeed, Obama may have been teasing...

Harvard molecular biologist George Church, who is part of the planning team, told the Times that the scientists behind the initiative hope to get federal backing to the tune of more than $3 billion over ten years. Church also pointed out that the initiative, if successful, could provide an economic boost, echoing Obama’s message that every dollar invested into human genome mapping returned $140 to the US economy.

The project will take advantage of emerging technologies that allow scientists to simultaneously record the electrical activity of large groups of individual neurons. In June last year, a group of researchers that included Church proposed pursuing several new approaches, such as the creation of molecule-size machines to noninvasively measure and record the activity of brain cells.

The Brain Activity Map project will also receive assistance from private foundations and companies like Google and Microsoft, who were present at a January 17 planning meeting at the California Institute of Technology, according to the Times. Attendees of that meeting determined that existing computing facilities are capable of capturing and analyzing the vast amounts of data that the project would generate.