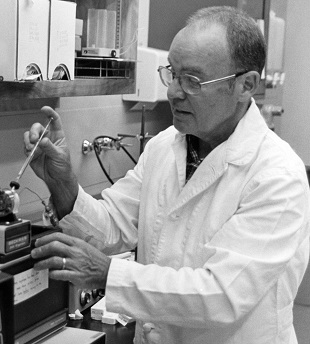 JACKSON LABORATORYBiochemist and geneticist Douglas Coleman, who helped uncover the role of leptin in obesity, died last week (April 16) from complications of basal cell carcinoma. He was 82.

During the late 1960s and early 1970s, while working at the Jackson Laboratory in Bar Harbor, Maine, Coleman identified a blood-borne “satiety factor” linked to obesity and diabetes in mice. At the time, most researchers thought obesity was strictly behavior-related, leading many to doubt his results. By the 1990s, however, Jeffrey Friedman from the Rockefeller University in New York followed up on Coleman’s findings and identified the hormone leptin and its associated gene. Coleman and Friedman shared a Lasker Prize for this work in 2010, The New York Times reported. That same year, Thomson Reuters named Coleman a contender for the Nobel Prize in physiology or medicine, although he did not win.

“Doug was a scientist’s scientist and a good...

Coleman was born in Stratford, Ontario, in 1931. He earned an undergraduate degree in chemistry from McMaster University in Hamilton, Ontario, and a PhD in biochemistry from the University of Wisconsin, Madison. In 1958, Coleman began working at the Jackson Lab, where he spent the remainder of his career. After retiring from research, he converted a plot of land he owned in Lamoine, Maine, into a nature preserve.

He is survived by two sons and one grandson.