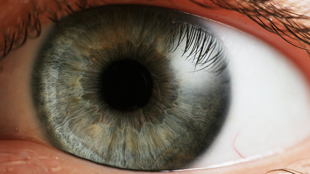 The helter-skelter arrangement of letters and numbers that form the ubiquitous Internet security tests known as captchas rely on the visual system’s remarkable ability to easily recognize complex objects regardless of their orientation—a task not even the most sophisticated computer program can match. Two recent studies by neuroscientists at the Salk Institute provide insight into how one part of the visual cortex known as area V4 can distinguish between objects even as they are moved around in space. Their results were published online in Neuron (June 19) and Proceedings of the National Academy of Sciences (June 24).

“[Neurons] need that complicated curve to be in a more restricted range for them to detect it and understand its meaning,” said John Reynolds, a neuroscientist at the Salk Institute, in a statement. “Cells that prefer that complex shape don’t yet have the capacity to recognize that shape everywhere.”

Although the V4 neurons tuned to simple shapes like straight lines do appear to have a high degree of translation invariance, given V4’s decreased translation invariance for complex objects, the researchers suggest that an area downstream from V4 may underlie our ability to understand captchas.

“What this tells us is that there is a deeper mystery here to be solved,” Reynolds said. “We have not figured out how translation invariance is achieved. What we have done is unpacked part of the machinery for achieving integration of parts into wholes.”