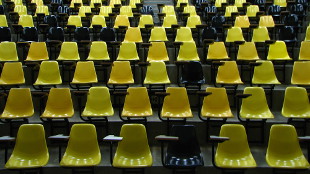 For first-year university students, the recent uptick in adjunct instructors may not be a bad thing. A National Bureau of Economic Research study published this month tracked eight cohorts of freshmen at Northwestern University to determine how different faculty impacted learning—finding that students in adjunct-taught courses were more likely to enroll and succeed in subsequent classes in the same subject area.

Non-tenure-track or adjunct instructors now make up some 70 percent of the teaching faculty at universities across the United States, according to The Chronicle of Higher Education. Previous studies have suggested that hiring more adjunct faculty, particularly part-time adjuncts, could have negative long-term effects on institutions.

But the present study examined the impact of faculty status on “genuine student learning.” From fall 2001 to fall 2008, researchers followed 15,000 first-year students under the assumption that freshmen were more likely to select classes “with limited knowledge...

“Our findings suggest that non-tenure track faculty at Northwestern not only induce students to take more classes in a given subject than do tenure line professors, but also lead the students to do better in subsequent coursework than do their tenure track/tenured colleagues,” the authors wrote. The benefits held across disciplines and were especially strong for students who entered the university with lower SAT scores, they added.

Northwestern is a highly selective school whose students may not be representative of the wider U.S. student population, the authors acknowledged. And it’s possible that the apparent advantages of adjunct-taught introductory courses do not apply in advanced courses. But the researchers hope to provide fodder to the argument that the increase in non-tenure-track faculty “may be less of a cause for alarm than some people think, and indeed, may actually be educationally beneficial,” they wrote.