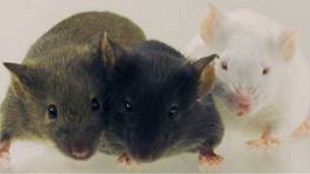 Two new studies in mice show how to activate memories, and demonstrate that reliving a memory may impede new memory formation.

"Both [studies] use state-of-the-art molecular tools to show that activating neuronal networks engaged during learning is a stand-in for the original experience," neuroscientist Howard Eichenbaum of Boston University, who did not participate in the research, told ScienceNOW. "The findings support the idea that reengaging the neural networks activated during learning allows mental time travel."

In the first study, scientists at the Massachusetts Institute of Technology and Stanford University used mice genetically modified to express light-sensitive receptors on cells in the hippocampus during memory formation. The researchers could awaken the memory of unpleasant conditioning in mice by pulsing a laser, which stimulated the cells that had been active during memory formation, re-triggering the memory and causing the mice to exhibit...

Scientists at The Scripps Research Institute in San Diego also designed a strategy to recreate memories, instead using mice genetically modified to express receptors for the anti-psychotic drug clozapine during memory formation. After the mice were exposed to a neutral white room, their neurons upregulated these clozapine receptors. A few days later, the scientists injected the mice with clozapine just prior to dropping them into a new room, with checkered walls and scented with wintergreen. The mice received small shocks to their paws in this room.

The research suggests that remembering an old experience might prevent formation of new memories.