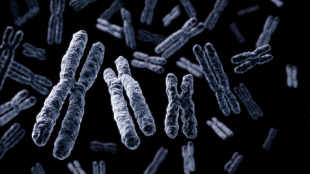 Men who chose to have children later in life have gotten a lot of heat recently, with research churning up evidence that the older a man’s age at time of reproduction, the greater the risk of autism, schizophrenia, and other disorders in their kids. But a new study, published today (June 11) in Proceedings of the National Academy of Sciences, may have identified a health benefit that older dad’s bestow upon future generations—longer telomeres.

Telomeres, the ends of linear chromosomes that serve to protect the coding DNA of the genome, have been linked to several diseases, including cancer, as well as aging. (See last month’s feature story, “Telomeres in Disease.”) Longer telomeres have been linked with better health and longer lives, though the causal relationship between telomeres and health is still unclear. The new study, which looked at multiple generations of a Filipino population,...

“The lengthening of telomeres predicted by each year that the father’s or grandfather’s reproduction are delayed is equal to the yearly shortening of [telomere length] seen in middle-age to elderly women in this sample, pointing to potentially important impacts on health and the pace of senescent decline…” the authors wrote. “This finding suggests a mechanism by which humans could extend late-life function as average age at reproduction is delayed in a lineage.”