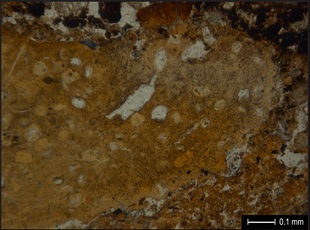 Previous isotope studies of bones suggested Neanderthals were primarily meat-eaters. Analyses of tartar from their teeth have indicated they may have also eaten plants, although some researchers noted that these plant remains could be traces from the stomach contents of herbivore prey.

Stool, however, is "the perfect evidence because you’re sure it was consumed," study author Ainara Sistiaga from the University of La Laguna in Spain told BBC News.

Sistiaga and her colleagues identified fecal biomarkers of cholesterol and plant sterol digestion in 50,000-year-old samples collected from Paleolithic sites in Spain. Future studies will help clarify the nature and proportion of plants in Neanderthal diets, and could reveal whether veggies were a...

“Their results are confirming an idea that is still somewhat new in the field,” paleobiologist Amanda Henry from the Max Planck Institute for Evolutionary Anthropology in Germany told National Geographic. Henry added that “the paper would have been stronger” if the researchers had included more evidence that the samples were human, and not from other omnivores such as bears. But Sistiaga said the ratios of metabolites they identified are only seen in humans.

Other researchers are more convinced. “The start point, the teeth, and the end point, the feces, show the same thing,” archeologist Stephen Buckley of the University of York told the BBC. “The evidence is clear at both ends, if you like.”