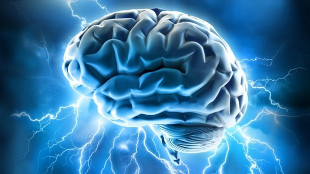 FLICKR, ABOUTMODAFINIL.COMA survey of 1,820 academics across 30 different fields of study revealed that attitudes about the importance of intelligence—as opposed to hard work—may contribute to the varying gender gaps across academia. Specifically, an expectation of brilliance was found in those fields where there are still relatively few women scholars, according to the results published in Science last week (January 16).

“We’re not saying women aren’t brilliant or can’t succeed in a field that requires brilliance,” Cimpian told Science News’s Scicurious. “It’s the culture of the field that undermines representation because of stereotypes.”

The survey, conducted by Princeton philosopher Sarah-Jane Leslie, University of Illinois at Urbana-Champaign psychologist Andrei Cimpian, and their collaborators, aimed to uncover the underlying reasons that some fields still face a significant gender gap. In philosophy, for example, women receive fewer than 35 percent of awarded PhDs; in physics, women earn fewer than 20...

“In a nutshell, the issue is not with women’s aptitude, but rather with these disciplines’ attitudes,” Leslie told The Chronicle of Higher Education. “If we can adjust these attitudes, then we are confident that this will lead to increased diversity across the whole range of academic disciplines.”

The researchers also found a similar association between an expectation of intelligence and African Americans’ under-representation in a given field. Like women, African-Americans also face stereotypes about intellectual ability.