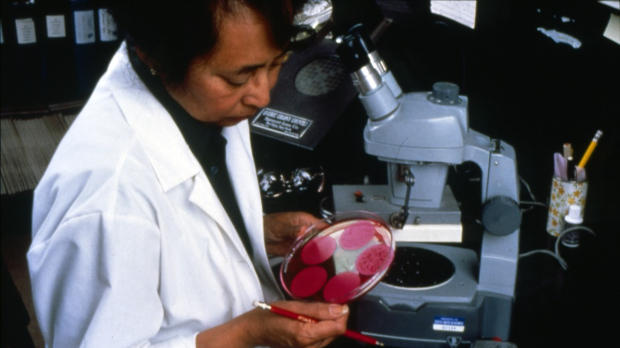 WIKIMEDIA, SEATTLE MUNICIPAL ARCHIVESLife science is dominated by white men. A 2014 report from the Association of American Medical Colleges found that men make up 62 percent of full-time medical school faculty, and the National Science Foundation found that white people (men and women) made up 71 percent of the science and engineering workforce in 2013. While the skewed numbers are obvious and persistent, the reasons for these disparities are less clear.

Two new studies aim to root out biases in funding decisions at the National Institutes of Health (NIH), but they come to somewhat different conclusions.

The first, an analysis of reviewers comments on R01 applications submitted by researchers at the University of Wisconsin-Madison between 2010 and 2014, found that while women were more likely to be praised than men in reviews of their R01 renewal applications, female applicants scored an average of four points lower than their...

This gender bias, if it exists, could have far reaching effects, said Anna Kaatz, a University of Wisconsin-Madison researcher and coauthor of the study, which was published in the August issue of Academic Medicine. “People are more likely to study issues relevant to their own health,” she told STAT News. “If you don’t have women advancing to the highest positions where they can become leaders and really contribute to policy, we’re going to continue to see health disparities between women and men.”

But the other study, which also considered the variable of an applicant’s ethnicity, came to a slightly different conclusion regarding the effect of gender. That paper, also published in the August issue of Academic Medicine, analyzed data from seven years of R01 grant reviews, filed between 2000 and 2006. The authors of that paper found that white women were as likely as white men to win an R01 grant from the NIH. But Asian and black women PhDs and black women MDs were less likely to get NIH funding. “The research shows that men get more money, but the amount of money is really complicated to study,” University of Kansas economist Donna Ginthe, a coauthor of the study, told BuzzFeed News. “Men tend to have larger labs, and I don’t know which comes first, the chicken or the egg.”

Ginther made headlines in 2011, when she published a study that suggested African American biomedical researchers were 10 percent less likely to receive NIH funding than their white counterparts. That racial bias was later disputed by a study that found a more even playing field when institutions and research histories of applicants were factored in to the analysis.

Although ferreting out the root causes of life science’s diversity problem will likely continue to be a complex proposition, it’s clear that efforts are being made to do so. “If you never look at your data because you don’t want to see what it’s going to tell you, you’re really working in the wrong direction,” Kaatz told STAT News. “Awareness is the first stage in addressing bias.”