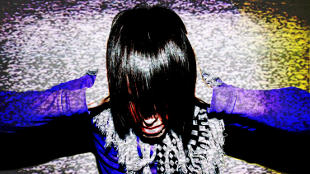 WIKIMEDIA, JASON ROGERSA 50-year-old man is helping scientists learn about brain function in people suffering from tinnitus, the maddening condition that affects some 25 million people in the U.S. The patient was scheduled to undergo brain surgery to treat his sever epilepsy. As his skull was opened for the procedure, William Sedley of the University of Newcastle, U.K., and his colleagues implanted 164 electrodes directly into the patient’s brain while playing white noise to modulate the intensity of his ear ringing to track neural activity as he suffered from bouts tinnitus. The results were published in Current Biology this week (April 23).

“What was nice about our experiment was that we could compare the brain activity associated with loud and quiet tinnitus without anything like attention or emotion muddying the waters,” Sedley told New Scientist. “Normally, studies compare brain activity of people with and without tinnitus using non-invasive...

Sedley and his colleagues found that the patient’s tinnitus was associated with increased brain activity in the primary auditory cortex, which serves as a sound-processing center, but also in brain areas that are involved with memory, emotion, and attention. “Rather than just a small area of auditory cortex . . . we found that these correlates of tinnitus were present throughout a huge proportion of the brain areas we sampled,” Sedley told BBC News. The results represent a high-resolution map of the neural underpinnings of tinnitus and suggest that the condition is not simply the product of alterations within a single hearing pathway.

Further investigation may lead the way to improved treatments for tinnitus. “There are no current medications that are effective at all,” study coauthor Phillip Gander, a neuroscientist at the University of Iowa, told The New York Times. “Today there are only coping and managing type treatments.”