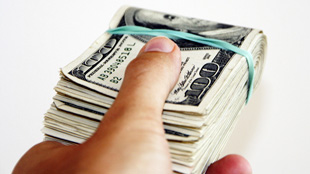 FLICKR, IMAGES_OF_MONEYUS funding agencies may have awarded millions of dollars in duplicate grants because they do not properly check applications for overlap, according to an analysis published yesterday (January 30) as a peer-reviewed comment in Nature.

Virginia Tech bioinformatician Harold Garner and colleagues estimated that funding bodies have spent $70 million on overlapping grants in the past decade. They arrived at the figure by searching 850,000 US grant applications available in publicly accessible databases, including submissions to the National Institutes of Health and the National Science Foundation. Using text-mining software developed by Garner, they pulled out 1,300 applications with potential overlap, and after a manual review identified 167 pairs that were “very similar.”

Garner’s team did not identify the applications in question, because they did not have full access to the documents to carry out a full assessment. But the Nature news team obtained the files on 22...

Although he contended that the text-similarity software likely missed many cases of duplication, Garner said that a computerized search for duplicated text is a suitable method to find overlap. The agencies themselves could then investigate further and take action if required, by reducing funding or demanding changes to the research goals.

At the moment, agencies require researchers and institutions to declare if a grant application has been sent to different bodies. Agencies also use a peer-review process that occasionally catches overlaps. But Garner told Nature that a central database that manages grant applications across all funding bodies and flags duplicated text would be a more effective system. “The average grant is $450,000,” he said. “A couple of days of labor to avoid overlap should be worth that.”