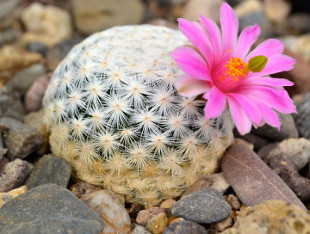 CADEREYTA REGIONAL BOTANICAL GARDENThere are 1,480 known cactus species in the world, and an estimated 31 percent of those are threatened, according to a report published yesterday (October 5) in Nature Plants. These species have been added to the International Union for Conservation of Nature (IUCN) Red List, a global species conservation database of plants, animals, and fungi.

To determine the conservation status and potential threats facing cacti, a team led by Barbara Goettsch of the IUCN’s Cactus and Succulent Plant Specialist Group collected information from existing literature on 1,478 species. The researchers analyzed the cacti’s distributions, population trends, habitat preferences, ecology, conservation actions, and human uses. The resulting data were evaluated at a series of expert workshops and used to label the extinction risk of each species under the IUCN Red List criteria.

The IUCN Red List places species in one of eight different categories based...

Of these threatened species, the researchers found that nearly half are affected by illegal trade for horticulture and private collections—the main dangers to cacti. “These findings are disturbing,” said Inger Andersen, IUCN director general, in a press release. “They confirm that the scale of the illegal wildlife trade—including trade in plants—is much greater than we had previously thought.” Livestock ranching and agriculture also pose threats to the plants, according to the report.

“The results of this assessment come as a shock to us,” said Goettsch in the press release.

The species group is largely endemic to the Americas, where the report authors say cacti play a vital role in arid ecosystems. “They tend to occur in very localized places, so the distribution range is generally quite small,” Goettsch told BBC News. “They are also very slow-growing species, so this makes them particularly vulnerable to disturbance.”