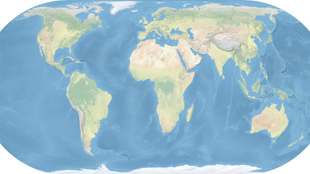 Map of Life, a new interactive website the draws on a diverse source of datasets to map species across the globe, went online yesterday (May 10), reported Nature. The visualization tool combines expert range maps, presence/absence checklists, point-occurrence records, and other digitized species data to form a searchable map. The current version focuses on fish and land-dwelling vertebrates, with plant and some invertebrates species slated to arrive later in the year.

Currently, users can visualize the species within a 50- to 1,000-kilometer range, or map the distribution of a specific species across the planet. Map of Life’s creators intend to add more interactive options later, such as allowing users to input species information into its database. Ultimately, they hope to integrate environmental and genomic data as well.

“There’s no doubt Map of Life is a valuable tool,” Terry Erwin, an entomology curator at the Smithsonian...