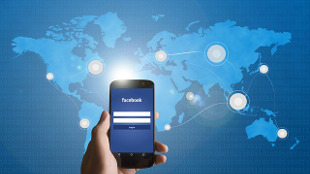 Two online tools that aim to recruit volunteers to freely share their genetic and health data with researchers and Facebook friends have launched in the past week.

The online platform Open Humans Network launched last week (March 24) with three starter projects. Clinical data collected from participating volunteers will be open to any interested researcher, not just the leader of each project. Unlike traditional medical studies, each sample will be tied to the name of the volunteer who provided it, allowing researchers unaffiliated with the initial project to contact participants for follow-up studies. “You become a richer resource if your data are shared among as many scientists as possible,” project director Jason Bobe told Reuters.

Open Humans participants must pass a test acknowledging the risks of enrolling in the network, including potential hacking of their medical information. The initial projects include American Gut, led by Rob Knight...

Separately, the Genes for Good project launched this week (March 31) aims to recruit volunteers through a free Facebook app. Selected participants will be asked to send a tube of their spit to the University of Michigan for genetic analysis. The app asks participants about their health and habits and compares the answers to those of other users. It also provides a limited analysis of the roughly 500,000 genetic markers the scientists will screen, such as an interpretation of the user’s ancestry. New features with an extra consent requirement may later be added to allow users to access information about their potential genetic predisposition for disease. The app also enables volunteers to invite their friends to participate in the study, which the researchers hope will allow them to screen more than 20,000 people.

“We’re really hoping that the main reason people will join is to say, ‘Hey, my health and genetic information is valuable. I would like to share it and put it to good use,’” project coleader Gonçalo Abecasis of the University of Michigan told BuzzFeed News.