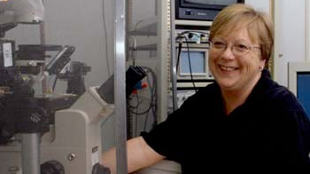 IMAGE: COLORADO STATE UNIVERSITYMore than a year and a half after its last director resigned, the Department of Health and Human Service’s (HHS) Office of Research Integrity (ORI) is getting a new leader, according to The Report on Research Compliance, which broke the news last week (December 3). The ORI, which is tasked with investigating and punishing federal grantees who engage in scientific misconduct, has tapped Colorado State University neuroscientist Kathryn Partin as its next head starting the week of December 27. The ORI’s last director, David Wright, stepped down in March 2014 after two years of dealing with what he called “dysfunctional HHS bureaucracy” in his resignation letter.

Partin, whose research involves glutamate receptors in the brain, also brings administrative experience to ORI’s top job. She has served for several years as assistant vice president for research and director of the research integrity office at Colorado State....

Leading ORI amid complaints from the research community that the agency is too slow to act and too light on penalizing grantees charged with misconduct will be no mean feat for Partin. Nicholas Steneck, a science historian at the University of Michigan, told ScienceInsider that, although he doesn’t know Partin personally, he hopes she’ll be game to take a close look at how ORI goes about discovering and punishing misconduct. “We developed our system in the U.S. going on 30 years ago,” he said. “It is time to review what it has accomplished and whether our policies need to be updated.”

When she starts later this month, Partin will replace Don Wright, who has been serving as ORI’s interim director since David Wright’s resignation.