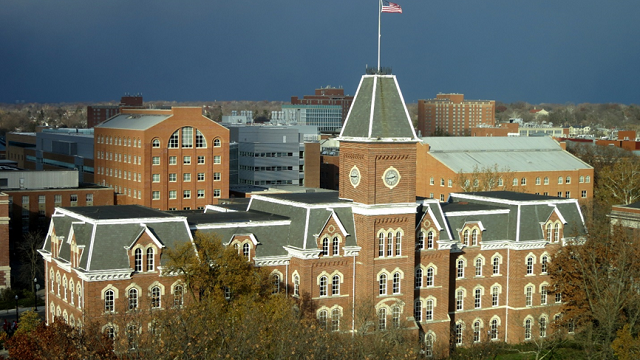 WIKIMEDIA, NHEYOBCancer researcher Ching-Shih Chen of the Ohio State University (OSU) resigned last September after a university investigation found him guilty of scientific misconduct on eight papers, according to a statement released by OSU on Friday (March 30). In a 75-page redacted report also made public on Friday, university investigators conclude that the former professor, whose work centered on the development of anticancer therapeutics, falsified data on at least 14 occasions in the last 12 years.

The investigation into Chen’s work was launched in 2016 after OSU received anonymous allegations of six instances of data falsification in papers published between 2010 and 2014, according to OSU student newspaper, The Lantern. Seizure of Chen’s hard drive led to the discovery of multiple manipulated images, and helped take the number of allegations up to 21.

In eight papers, “Dr. Chen committed Research Misconduct by deviating from the accepted practices of...

C.K. Gunsalus, director of the National Center for Professional and Research Ethics, tells Retraction Watch that the conclusions carry particular weight because Chen was heavily involved in clinical research. His compounds were being used in trials with pharmaceutical company Arno Therapeutics, until OSU suspended the work during the investigation.

“This research is clinical, and was covered by an investigational new drug application,” Gunsalus says. “Any time you have translational research that has been or is in the process of human use, the significance is high.”

In addition to termination of Chen’s employment at OSU, the report recommended the retraction of the eight manuscripts found to contain falsified data, and corrections to a further three. “Ohio State takes all allegations of research misconduct seriously and we are committed to exceeding the federal standards for research integrity,” Gates Garrity-Rokous, vice president of compliance at OSU, says in the statement.

“While our policies have been clear in the past, we have substantially increased the funding that supports oversight of our research enterprise,” Garrity-Rokous continues. “Our goal as a university is to be the best in class for both innovation and research integrity.”