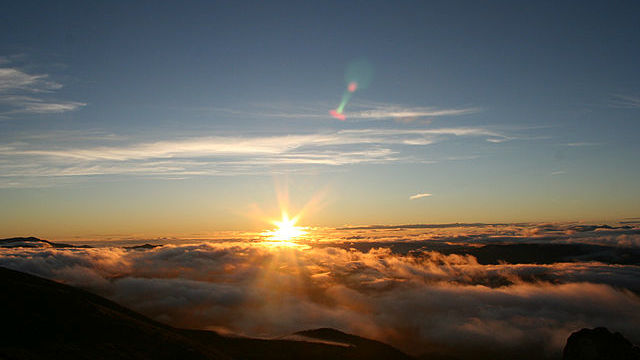 Most animals have internal clocks that track the time of day, sending molecular signals for activity or rest accordingly. Two environmental cues that the body clock tracks are light and temperature, but when those cues don’t rise and fall together as they do in nature, the body clock can be thrown out of order.

In a study published in Cell Reports today (November 8), University College of London researchers monitored the behavior of fruit flies while subjecting the insects to different cycles of light and temperature. For some of the flies, light and heat varied together, with 12 hours of warm brightness and 12 hours of cooler darkness. For other flies, the cycles were off by anywhere from two to 10 hours.

When the cycles were off by just a couple hours, the flies remained relatively stable: their internal body clocks averaged the differing signals and conducted normal...

“The body clock is a naturally evolved entity, so it functions best within naturally occurring conditions,” study coauthor Ross Harper of University College London explained in a press release. “Changes in sunlight cause changes in temperature, and both are used to sense time. The time lag between light and temperature naturally varies, so the clock can compute an average time for smaller changes.” Very large, one-time differences might occur in nature as well, Harper suggested, in which case “the system ignores temperature as it is no longer a reliable indicator of ‘daytime.’

The middle-of-the-road experimental disruptions caused the most trouble in the study. “In between these lies a zone of confusion, where the clock can’t combine the cues anymore but can’t yet ignore them either,” Harper said. When the cycles were off by about six hours, the body clock broke down and caused erratic patterns in activity, the researchers reported.

It’s unlikely anyone will be repeating the study in humans anytime soon, but “as mammals . . . are subject to similar evolutionary constraints, it is likely that similar systems apply to our clocks,” Harper said.

Study coauthor Joerg Albert added in the press release that “recent work has shown that the daily body temperature rhythm is important for setting the human body clock, and our study suggests that the difference between light and temperature may also have a role to play. Artificial exposure to light sources and irregular sleep/wake patterns such as shift work shoulder a lot of the blame for disrupting the body clock, but artificial temperature controls like air conditioning and central heating perhaps also have an influence.”