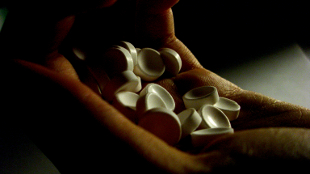 As the death toll mounts among patients taking cardiac medications in Pakistan, government officials there have taken steps to stem the fatalities. Details coming out of Lahore, a metropolis at the epicenter of the trouble, are still sketchy, but dozens of patients have reportedly died from taking what are suspected to be heavy metal-laced heart drugs, and thousands more may be at risk. BBC News put the number of dead at 36, citing Pakistani officials, while news sources in the country are reporting anywhere from 27 to 72 deaths.

According to the Daily Times, Punjab provincial Health Secretary Jahanzeb Khan told a news conference on Monday that the PIC had given potentially tainted drugs to 46,000 patients, all of whom would be contacted and advised in the next few days regarding the possible danger to their health. At the same conference, the Daily Times reported, Parliamentary Secretary for Health Saeed Elahi announced that samples of the suspect drugs would be sent to laboratories outside of Pakistan for testing, as the country has no facilities capable of the analyses.

If heavy metals are indeed to blame for the deaths of cardiac patients, it's likely that the contaminants have gotten into their bone marrow and compromised their immune systems or led to dangerous drops in platelet counts, which could result in uncontrolled bleeding. Heavy bleeding was indeed reported in some of the Pakistani victims, according to Reuters.