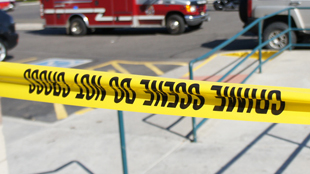 FLICKR, ARANAMIA new report on the state of UK forensic science since the March 2012 closure of the government-run Forensic Science Service (FSS) portrays a system in shambles. According to the report, released Thursday (July 25) by the House of Commons Science and Technology Committee, the lack of a coherent, nationwide forensics strategy may be responsible for major crimes going unsolved and an increasing risk of innocent people being convicted.

The committee’s report cites several failures since the initial decision in December 2010 to shutter the FSS due to its poor economic performance, including improperly archived investigative materials, as well as police laboratories and private firms that are not meeting quality standards in forensic evidence analysis. The report also states that a lack of research funding jeopardizes the future of UK forensic science.

The chairman of the committee’s inquiry, Labour party member Andrew Miller, said in the...

The committee’s most severe criticism focused on the performance of the minister for crime prevention, Jeremy Browne, who gave evidence in the inquiry. The report states that Browne was “not prepared for the evidence session” and demonstrated “little understanding of the subject.”

The committee made a series of recommendations, including relocating the supervision of the forensics system to the office of the minister for policing and criminal justice, encouraging the nation’s research councils to make funding forensic science a priority, and endowing the country’s forensic science regulator position with statutory powers.