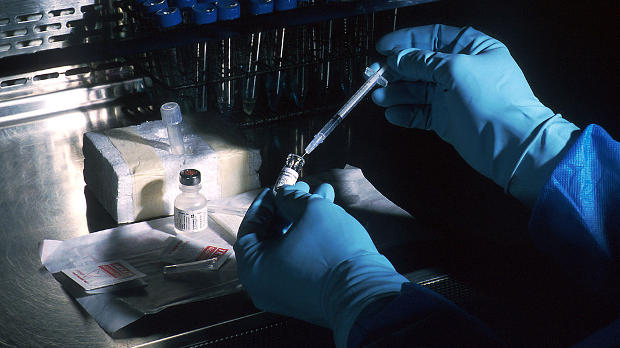 WIKIMEDIA, NCIA paper claiming to report a link between behavioral changes in mice and the aluminum adjuvant in a vaccine against human papillomavirus (HPV) has been temporarily removed from the website of the journal that published it a month ago, according to Retraction Watch. The paper, “Behavioral abnormalities in young female mice following administration of aluminum adjuvants and the human papillomavirus (HPV) vaccine Gardasil,” was appeared online in Vaccine January 9. But now, the page that used to display the paper’s abstract has been replaced by a message that reads: “The publisher regrets that this article has been temporarily removed. A replacement will appear as soon as possible in which the reason for the removal of the article will be specified, or the article will be reinstated.”

One of the Vaccine paper’s coauthors, Yehuda Shoenfeld of Tel Aviv University, forwarded Retraction Watch an email he sent to the journal upon learning that the paper was temporarily removed. “This morning we tried to access it through PubMed and we found that there has been a TEMPORARY REMOVAL,” the email read. “We will like to know the reason or if this happened because you are uploading the last version of the paper after the Corrected Proofs; and if this is the case when it will be available again.”

Shoenfeld also shared an emailed response from Vaccine’s managing editor, who wrote: “The article in question has been temporarily removed as requested by Vaccine’s Editor-in-Chief Gregory Poland. In addition, Dr. Poland has recommended the article be further reviewed.”