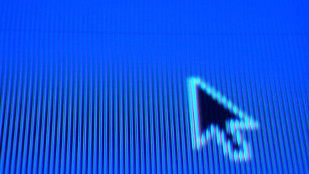 FREE STOCK PHOTOSResearchers at Sweden’s Uppsala University have pulled three papers from the literature after confirming readers’ allegations of image manipulation. In the team’s latest retractions, which appear in the Journal of Virology’s January 2016 issue, the researchers noted that both studies on viral replication contained images that “were unacceptably manipulated” by first author Apiruck Watthanasurorot.

Specifically, the authors wrote, panels in the articles’ figures appear to be duplicated from those in other figures. “Since the integrity of the data as presented was compromised and A. Watthanasurorot cannot provide reliable original files for these figures, this publication is retracted in its entirety,” the authors wrote in one of the retraction notices. In the other retracted paper, images were reused from the same publication, the researchers noted. In both retractions, coauthors Irene and Kenneth Söderhäll noted that Watthanasurorot could not be reached.

In April, Watthanasurorot’s team retracted another...

Update (January 6): Retraction Watch today reported that study coauthors Irene and Kenneth Söderhäll were censured in September by an independent ethical review committee in Sweden for negligence regarding Watthanasurorot’s misdeeds. According to Retraction Watch, the research team also issued a fourth retraction, this one on a 2013 paper published in the Journal of Molecular Cell Biology. The Söderhälls, along with their coauthor Pikul Jiravanichpaisal, also of Uppsala University at the time, agreed to retract the paper because of “inaccurate figure handling and assembly made by the first author Apiruck Watthanasurorot,” the three wrote. “The first author [Watthanasurorot] has admitted responsibility for these anomalies,” they added.