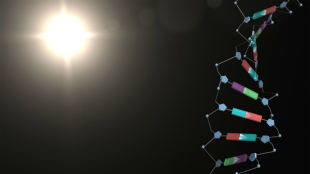 WIKIMEDIA, JFANTASYThe popularity of the CRISPR/Cas9 approach to genomic editing has spread like wildfire, with labs around the world quickly adopting it for their research projects. But use of the system may get a bit more complicated, and perhaps lucrative, for certain groups. The Broad Institute announced this week (April 15) that it has been awarded the first CRISPR/Cas9 patent, based on the methods in a seminal 2013 paper in Science.

The patented approach was pioneered by Feng Zhang at the Broad. Zhang has made a wealth of CRISPR-related technical resources available on his website. It’s not yet clear whether the patent will affect labs already using CRISPR/Cas9, or those who plan to use it in the future. “All of that is in the hands of MIT and the Broad,” Chelsea Loughran, an intellectual property litigation lawyer at Wolf Greenfield in Boston, told MIT Technology Review...

There are a number of other patents pending related to the use of CRISPR in genome editing.

In a press release, Eric Lander, the director of the Broad Institute, said: “Consistent with the Broad’s mission to accelerate the understanding and treatment of disease, we are committed to empowering the global research community by making this technology broadly available to scientists for research around the world.” Lita Nelsen, the director of the MIT Technology Licensing Office, told Tech Review that RNA interference (RNAi) is also patented by the organization, but that it is still widely used in basic research labs. According to Tech Review, however, “the Broad is keeping a tight lid on their plans for the patent.”