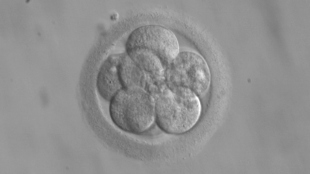 WIKIMEDIA, EKEMHwang Woo-Suk, whose debunked claims for having developed a stem cell line from cloned human embryos got him in serious trouble, has earned a US patent for the fraudulent research. Shoukhrat Mitalipov, a professor at Oregon Health and Science University, told The New York Times he was “shocked” by the news. “I thought somebody was kidding, but I guess they were not.”

According to The Korea Times, the US Patent and Trademark Office (USPTO) approved a patent for a stem cell line that was extracted from human embryos. RetractionWatch reported that this is the same stem cell line involved in two retracted Science papers, but that the patent did not make mention of that blemish in Hwang’s record. The patent is “definitely not an assertion by the U.S. government that everything he is claiming is accurate,” USPTO spokesman Patrick Ross told The New York Times.

Hwang's associate told The Korea Times that the patent will hopefully provide momentum for the infamous scientist’s work. “The USPTO acknowledged the technological edge of Hwang’s team,” said Hyun Sang-hwan at Chungbuk National University. “Against this backdrop, I sincerely hope the government will allow Hwang to restart work on cloned human embryos. It’s a pity that a scientist with very advanced technology cannot work on them.”

Hwang has continued his cloning work in animals at Sooam Biotech Research Foundation in South Korea. A recent profile of Hwang in Nature reported that the disgraced researcher wants to pick up on human therapeutic cloning.