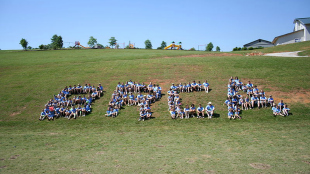 WIKIMEDIA, HAKUNAMATATA1Last year, Myriad Genetics launched a suite of lawsuits against competing firms that began to offer genetic testing after the Supreme Court invalidated some of Myriad’s gene patents. This week (August 18), one of the defendants, GeneDx, struck back with an attempt to nullify other patents held by Myriad.

GeneDx took advantage of a new provision in the America Invents Act of 2011 called inter partes review (IPR), which allows a challenger to petition the US Patent and Trademark Office (USPTO) if a patent is based on information previously published.

Few life sciences patents have been challenged in such a way, Richard Bone, a partner with VLP Law Group who isn’t involved in the case, told the National Law Journal. “This is going to be a high profile set of [inter partes review] petitions,” he said. “The broader community is looking at it.”

Meanwhile, Myriad will continue to protect its patents in court. “We continue to believe that our patents are valid and enforceable,” Myriad spokesperson Ron Rogers told GenomeWeb Daily News in a statement.