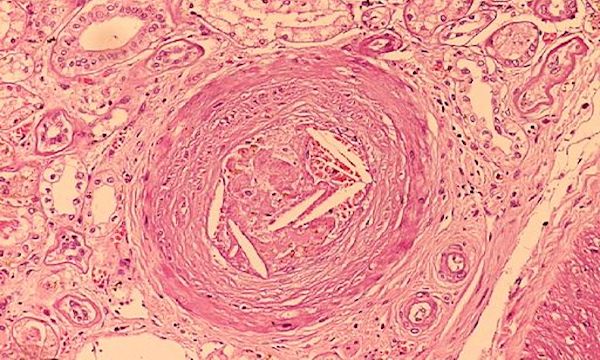 Evolocumab is a monoclonal antibody that attempts to mimic a mutation in the PCSK9 gene, which can lower the risk of developing heart disease by up to 88 percent. A 2014 placebo-controlled study of 901 patients revealed the evolocumab could reduce low-density lipoprotein (LDL) cholesterol levels by around 60 percent. Clinical trials of alirocumab (Praleunt), a competitor drug developed by Sanofi and Regeneron, have revealed similar effects.

The latest study of evolocumab—a randomized, double-blind, placebo-controlled trial involving more than 27,000 patients—revealed that after two years of treatment, only 9.8 percent of patients experienced a major cardiovascular event, such as a...

William Hiatt, a physician at the University of Colorado in Denver who was not involved in the study, told Science that that results showed that “a physician would need to treat about 150 patients with Repatha in a year to prevent one of these bad events.” Hiatt added that “the benefit here is meaningful and substantial . . . although not overwhelming.”

Given the modest benefit of this drug, whether it’s worth the $14,523 annual price tag—when statins are a much cheaper alternative, and effective for some patients—remains an open question. While the heart disease risk reduction observed in this latest study was less than what was expected based on initial studies of evolocumab, it still provides an added benefit worth discussing with his patients, Harlan Krumholz, a cardiologist at Yale University who was not involved in the study, told Nature. “It is an exceptionally important study,” he said. “The promise of these drugs has been very clear. Whether they would deliver on that promise was suspected, but not known.”