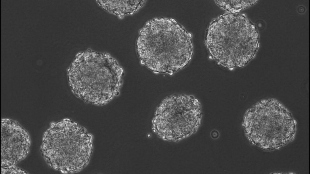 WIKIMEDIA, STEMCELLSCIENTISTStudies on stimulus-triggered acquisition of pluripotency (STAP) that were published—and then retracted—earlier this year in Nature had apparently been reviewed and rejected by a number of other journals, including Science and Cell. The blog Retraction Watch has now published the full reviews and rejection letter of the paper that had been submitted to Science.

“The reviews are full of significant questions and doubts about the work, as would be expected in a rejection,” Retraction Watch cofounder Ivan Oransky wrote.

For instance, Reviewer 1 states: “This is such an extraordinary claim that a very high level of proof is required to sustain it and I do not think this level has been reached. I suspect that the results are artifacts derived from the following processes: (1) the tendency of cells with GFP reporters to go green as they are dying. (2) the ease of...

Paul Knoepfler, writing on his Knoepfler Lab Stem Cell Blog, pointed out that “Crucially, this same reviewer noticed the gel splice, later present in the accepted Nature STAP article Figure 1. However, apparently the STAP/SAC team did not take that concern or most of the other reviewer issues to heart.”

The reviewers echo one another, noting the authors did not supply enough details, particularly of the methods. Of course, as it turned out, some of the data were manipulated, experiments could not be replicated, and the two STAP papers were pulled a few months after being published. At his In the Pipeline blog, Derek Lowe wrote: “Congratulations to the Science and Cell editorial teams (and reviewers) for not letting this get past them. I would guess that publication of these reports will occasion some very painful scenes over at Nature, though—we’ll see if they have any comment.”

“One has to wonder how the Nature reviewers and editors could not have picked up on so many problems that were apparent to the Science reviewers,” Knoepfler wrote.