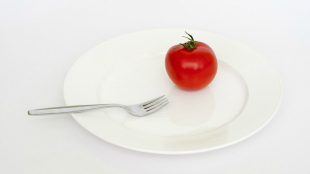 PIXABAY, MOJZAGREBINFOIn animal studies, bouts of fasting are shown to protect against aging-related diseases, suggesting that periodic fasting may benefit humans, too. But to cut out food for days at a time is no easy feat for most people, so researchers have designed a diet that mimics fasting without making dieters completely abstain from eating.

A short-term study of the diet in a small group of people published today (June 18) in Cell Metabolism yielded promising results. Biomarkers predictive of cancer, diabetes, and heart disease risk dropped among participants on the fasting diet, compared to those who maintained their normal eating habits.

“This single dietary change can counteract all these variables of aging, and I think that’s very impressive,” molecular biologist Christopher Hine of the Harvard School of Public Health told Science.

The researchers who conducted the study did not actually measure whether people’s health improved. Valter Longo...

The diet consists of five continuous days of caloric restriction each month. Participants ate prepared foods of vegetable soups, energy bars and drinks, tea, and a supplement amounting to 1,090 calories on day one and 725 calories for each of the other four days. “It’s not like eating ravioli, but it is better than going without,” Longo told Science. The rest of the month the volunteers could eat normally.

“This is arguably the first non-chronic pre-clinically and clinically tested anti-aging and healthspan-promoting intervention shown to work and to be very feasible as a doctor or dietitian-supervised intervention,” Longo said in a press release.

Longo said clinical trials are planned to test the intervention among larger numbers of people. One of the questions Naveed Sattar, a professor at the University of Glasgow, raised was whether people can stick to it. “The best way to alter weight trajectory or to lose weight is to make permanent and sustainable changes in one’s dietary composition,” Sattar, who was not involved in the work, told The Telegraph. “This way, folk can eat three meals a day and still have total less calorie intake than they had previously. This, for me, is better for mind and body, and critically, more sustainable.”