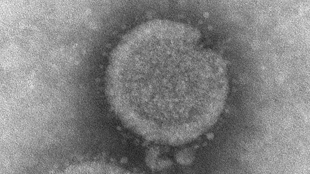 CDC, CYNTHIA S. GOLDSMITH AND THOMAS ROWEIn August, the H7N9 strain of avian influenza appeared to have been transmitted between people, and now it may have happened again. Bloomberg reports that a 31-year-old male health worker at a Shanghai hospital died January 18 of H7N9 infection.

“It’s always a concern when health workers die,” Geneva World Health Organization (WHO) Spokesperson Gregory Hartl told Bloomberg. “Hospitals and other medical facilities are a flash point for human-to-human transmission. We would be very much wanting to follow up in as much detail as possible on this case.”

The WHO reported that there have been more than 40 lab-confirmed human cases of H7N9 influenza in China since the beginning of 2014, but said that “there is no evidence of sustained human-to-human transmission.” H7N9 readily infects birds, usually without visible symptoms, and generally infects humans who have been in close contact with poultry....

Other experts were less worried by the infection of the medical worker. “We need more evidence before increasing our level of concern,” Ben Cowling, an associate professor of infectious disease epidemiology at the University of Hong Kong’s school of public health, told Bloomberg. “We know that there’s always potential risk for health-care workers treating cases of H7N9 to be infected.”