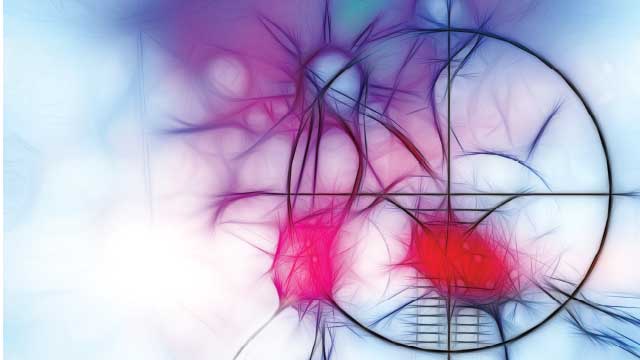 © JOVAN VAITANOVSKI/SHUTTERSTOCK.COMIn combination with existing treatments, personalized vaccines may protect cancer patients against relapse, according to two studies published in Nature this week (July 5). In two Phase 1 trials, 12 of 19 melanoma patients remained cancer free for up to two years after receiving vaccines that contained mutated proteins, or neoantigens, that were specific to their tumors.

The first vaccine, developed by researchers at the Dana-Farber Cancer Institute and the Broad Institute of MIT and Harvard, contained as many as 20 neoantigens. It was tested in six people with melanoma who’d had their tumors removed by surgery. Such patients typically have a 50-percent chance of suffering recurrence, Dana-Farber’s...

The second vaccine, developed by the German biotech BioNTech, contained messenger RNA encoding up to 10 neoantigens, rather than the proteins themselves. Of eight melanoma patients who had no visible tumors at the time they received the vaccine, all eight remained cancer-free after more than a year. Five additional patients had already started to experience tumor regrowth by the time of vaccination, but did appear to benefit as well, with tumors initially shrinking in two of them, and one patient experiencing complete remission after treatment with a PD-1 inhibitor.

Both studies were small, and neither included a control group, so “it’s not completely proved yet that the lack of [cancer] recurrence was due to the vaccine,” Greg Lizee, a tumor immunology researcher at the MD Anderson Cancer Center, tells STAT News. Still, he says, the results are “very encouraging.”

“Controlled, randomized Phase 2 clinical trials with more participants are now needed to establish the efficacy of these vaccines in patients with any type of cancer that has enough mutations to provide sufficient neoantigen targets for this type of approach,” Melief tells Reuters.