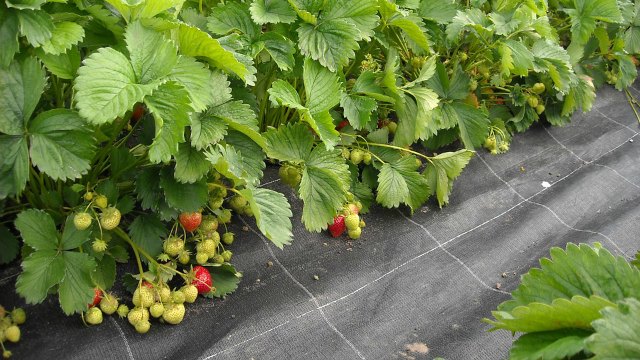 PIXABAY, MARIAGODFRIDAWomen seeking medical assistance in getting pregnant were less likely to have a baby if they ate a lot of fruits and vegetables known to carry greater levels of pesticide residues. Among women who pursued in vitro fertilization (IVF) treatments, those who are more than two servings a day of produce such as strawberries and peppers were 26 percent less likely to have a child than the women who ate less than one serving, according to the results published in JAMA Internal Medicine today (October 30).

The study tracked 325 women who described their diets in a questionnaire and then went on to pursue reproduction assistance. The researchers analyzed which of the women went on to get pregnant and have a baby, and how many fruits and vegetables they had reported eating, using a database from the US Department of Agriculture to determine those foods that tend to...

Among the volunteers, 228 had a baby, but the odds of having a child were greater among women who ate fewer fruits and vegetables with high pesticide residues. Consumption of fruits and veggies with low traces of pesticide did not correlation with fertility.

“I was always skeptical that pesticide residues in foods would have any impact on health whatsoever,” coauthor Jorge Chavarro, an associate professor of nutrition and epidemiology at Harvard T. H. Chan School of Public Health, tells Time. “So when we started doing this work a couple of years ago, I thought we were not going to find anything. I was surprised to see anything as far as health outcomes are concerned.”

Alan Copperman, the director of reproductive endocrinology for the Icahn School of Medicine at Mount Sinai in New York City, notes in an interview with HealthDay that animal studies have found that pesticides can act as endocrine disruptors. However, he cautioned about drawing causative links from this study.

“I would not conclude that a patient should only be eating organically grown fruits and vegetables,” Copperman tells Health Day. “If she eats something not organically grown, she will not be harming herself, her pregnancy or her future child. That would be a huge jump from this article.”