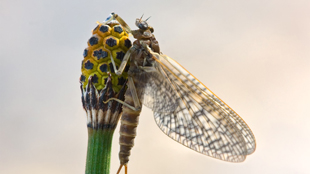 Pesticide use is reducing the diversity of aquatic insects and other invertebrates at an alarming rate, according to a study published this week (June 17) in Proceedings of the National Academy of Sciences. Specifically, researchers studying the loss of biodiversity in Europe and Australia found large differences in the number of species in regions contaminated with insecticides and fungicides and regions that were pesticide-free.

Though previous studies have analyzed the effect of pesticides on biodiversity in individual streams, the new paper is the first to examine the impact over large areas. The researcher team investigated 23 streams in the German countryside, 16 in the western plains of France, and 24 in southern Victoria, Australia. Biodiversity loss in the contaminated European test sites was found to be as high as 42 percent, and as high as...

The team said that diversity decreased even in areas where pesticide concentrations were at levels that European regulatory agencies deemed environmentally protective.

“The latest results show that the aim of the UN Convention on Biological Diversity to slow down the decline in the number of species by 2020 is jeopardized,” the researchers wrote in the paper.

“We are at a crisis point, with species loss on a global scale, especially in freshwater ecosystems,” aquatic ecologist Emma Rosi-Marshall told Nature. “Considering pesticides along with other known threats to biodiversity may be crucial for halting species declines.”