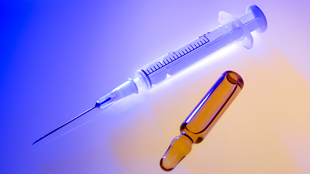 St. Louis-based K-V Pharmaceuticals, which makes a hormone injection for reducing the risk of pre-term births, is suing the US Food and Drug Administration (FDA) for not stopping pharmacies from offering a cheaper, self-made preparation of the medicine. The FDA-approved Makena hit the market early last year, originally retailing at $1,500 per injection. However, for years, pharmacies had been making compounded versions of the product using the drug’s active ingredient, hydroxyprogesterone, and selling them for $10 to $20 a pop, Reuters reported.

K-V Pharmaceuticals has been trying to deter pharmacies from doing this by sending warning letters and threatening with lawsuits, prompting accusations of price-gouging by insurance companies, lawmakers, and the public. In light of the company’s plummeting share prices and the looming threat of bankruptcy, K-V has filed a lawsuit against the FDA for not stopping the distribution of unapproved versions of the medicine, and for...

In June, the FDA said it would not take action against pharmacies after a limited investigation found that, while the compounded versions contained more impurities than K-V’s Makena, they posed no health risk, FiercePharma reported. The FDA also stated that its actions are within line of the agency’s policy regarding compounding practices, which require that it be done at a small scale and with a doctor’s prescription.