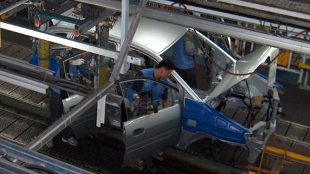 In the past couple of years, big time drugmakers, including GlaxoSmithKline and AstraZeneca, have begun to turn to an unusual advisor for support: automobile manufacturers. While the products of the two industries may have little in common, the structures of the companies are becoming more and more similar.

In 2009, AstraZeneca looked to Jaguar Land Rover, part of India's Tata Motors, for manufacturing advice, Reuters reported. And just a few months ago, GlaxoSmithKline teamed up with McLaren’s Formula One engineers for input on innovation and overall process procedures.

The situation parallels that of the automobile industry not too long ago, which is precisely why pharma companies are coming here for advice. The depressed economy forced car manufacturers to streamline the process and cut significant costs by outsourcing and down-sizing. While carmakers once did much of the work in-house, they now take on a more administrative role, coordinating contractors and suppliers who do the bulk of the work. As a result, the average product development time in the industry has fallen by nearly 30 percent, according to Porsche. In pharma, on the other hand, the average product development time has risen by 30 percent.

"In terms of production costs, the auto industry may be a model for other industries,” Reto Hess, who coordinates analysis of global car makers at Credit Suisse Private Banking, told Reuters. “The amount of high tech that is offered at affordable prices in today's cars is remarkable." For pharma, this could mean outsourcing more and more of the work to CROs and licensed biotech companies, as research budgets continue to dwindle.