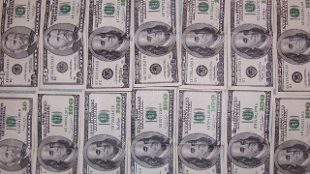 Earlier this month, financial advisor Mark Kessel wrote an opinion for The Scientist suggesting that “pharmaceutical companies should deploy cash to fund struggling biotech companies, which could generate much needed new drugs.” It seems pharmaceutical giants GlaxoSmithKline and Johnson & Johnson agree. The two companies announced today (March 21) that they have contributed $50 million each, which, along with $100 million from venture-capital firm Index Ventures, will go towards funding early-stage biotechnology companies.

In the last few years, the biotech industry has faced increasing difficulties getting funded by venture capitalists who have turned to “more mature businesses or less risky industries,” Reuters reported. Other investors have similarly turned away from early-stage biotech, as evidenced by the relatively few numbers of biotech IPOs. But the new fund, whose advisory board will include GSK’s head of research and development Moncef Slaoui and J&J’s chairman of pharmaceuticals Paul Stoffels,...

To receive some of the fund’s money, biotech companies must focus on a single molecule and accept on to their executive teams an Index Ventures-affiliated entrepreneur, who has veto power at any time. “You get multiple shots on goal, but one at a time,” Francesco De Rubertis, the Index Ventures partner who is leading the fund told Reuters. “This really focuses the decision making on single drugs. This has turned out over the last 5 years to really improve the profitability, the productivity of the R&D efforts.”

GSK and J&J will get returns as they would other venture investments, but will have to bid along with the rest of the field to license the rights to any of the compounds that come out the research supported by the fund.