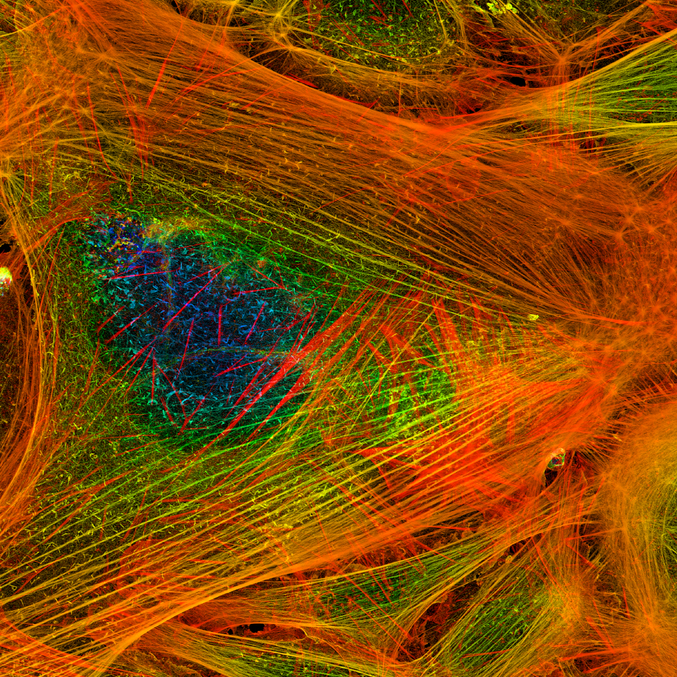 “[Cells] cannot see or hear, but they can ‘feel’ mechanical forces,” said study coauthor Ning Wang of the University of Illinois at Urbana-Champaign in a statement, adding: “Mechanical signaling is as important as chemical signaling.”

In the cell, DNA resides in the nucleus in a condensed, protein-associated form, called chromatin. Wang and his international colleagues devised a method to visualize the effects of mechanical stimulation on chromatin and, consequently, gene expression.

The scientists inserted into hamster cells a stretch of DNA with evenly spaced LacI repressor-recognition sequences. By also inserting a fluorescently labelled LacI repressor, the team could visualize a few green spots in the chromatin of a live cell. To stretch the cell, the researchers bound magnetic beads to a surface protein....

Stretching the chromatin upregulated a reporter gene the team had also inserted, called dihydrofolate reductase. The team visualized the gene’s transcripts with fluorescent in situ hybridization.

“Doing it the other way, along the string direction, there isn’t much vibration,” he added, “so a force of the same magnitude has less effect.”